Violinist Solomiya Ivakhiv is praised for her “crystal clear and noble sound” (Culture and Life, Ukraine) and acclaimed for her “distinctive charm and subtle profundity” (Daily Freeman, New York).

She is celebrated as a soloist, recitalist and chamber music collaborator, as a champion of new music and as a dedicated educator. 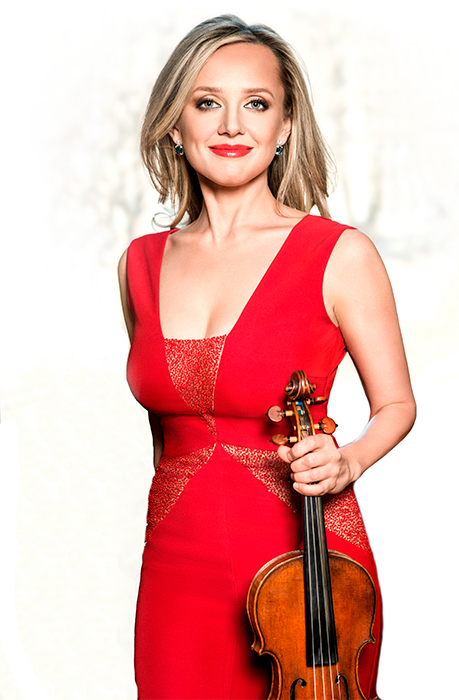 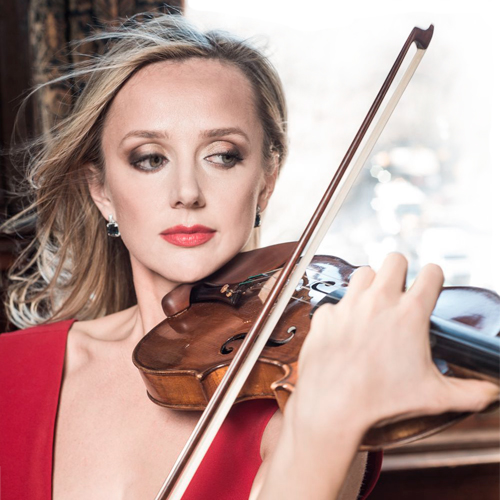 “It’s not often that an audience gives a standing ovation after the first movement of a concerto,” but an impassioned performance by violinist Solomiya Ivakhiv of Tchaikovsky’s Violin Concerto “twice brought the audience to their feet.”
RECORDINGS & BROADCASTS
In 2022, Solomiya Ivakhiv releases “Poems & Rhapsodies” (Centaur), with the National Symphony of Ukraine, conducted by Volodymyr Sirenko, the latest in her series of recordings for violin and orchestra. The album includes American Rhapsody by Grammy-award winning composer Kenneth Fuchs, The Lark Ascending by Ralph Vaughan Williams, Poème symphonique by Ernest Chausson, La Muse et le poète by Camille Saint-Saëns (with cellist Sophie Shao), Carpathian Rhapsody by Myroslav Skoryk, and Poeme by Anatol Kos-Anatolsky.

Ms. Ivakhiv’s album of early concertos by Mendelssohn (Brilliant Classics, 2019) features two rarely heard works by Mendelssohn that he composed in his teens, with pianist Antonio Pompa-Baldi and the Slovak National Symphony Orchestra, Theodore Kuchar, conductor. The recording was featured at the top of Spotify’s New Classical Releases list, and was Album of the Week at radio stations in Cleveland and Chicago, and broadcast on dozens of stations throughout America and Canada.

Ms. Ivakhiv’s debut solo album, “Ukraine: Journey to Freedom – A Century of Classical Music for Violin and Piano”, with pianist Angelina Gadeliya (Labor Records, 2016) was featured in the Top 5 New Classical Releases on the iTunes billboard and was praised in Fanfare Magazine for its “superlative and consummate artistry.” 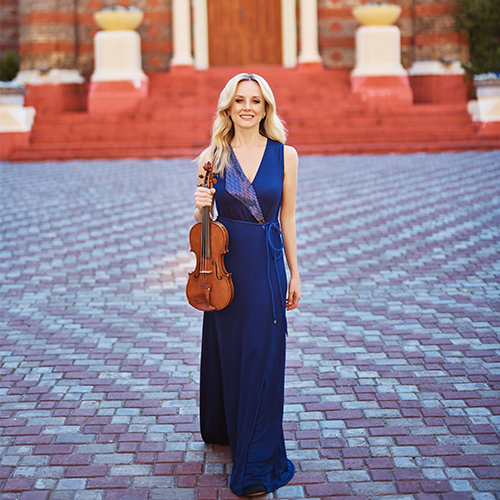 “The performances are terrific…. A very desirable release” — on the album Mendelssohn Concertos

She is Associate Professor of Violin and Viola and Head of Strings at the University of Connecticut and Professor of Violin at Longy School of Music of Bard College. A dedicated educator, Solomiya Ivakhiv has led master classes and coached chamber music at Yale, Columbia, Penn State, University of Hartford Hartt School of Music, Boston Conservatory, Curtis Summer Fest, University of Maryland, Bard College Prep, SUNY – Fredonia Universities, Oberlin, Guangzhou and Hunan Conservatories in China, and regularly collaborates with high schools in outreach programs throughout the United States. She is a member of the American String Teachers Association-Connecticut Chapter. 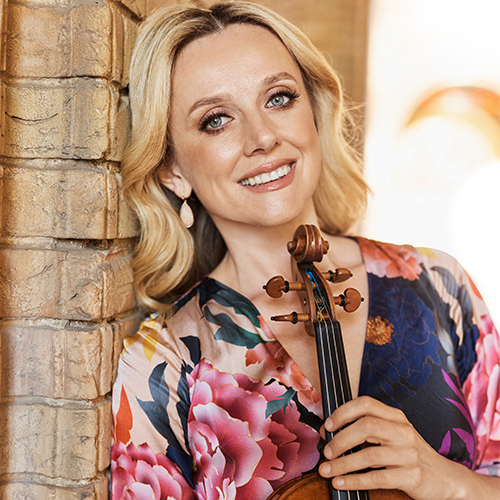 Dr. Ivakhiv performed with “superlative and consummate artistry” and she “must be considered [one of the] major artists of our time”.

Highly sought after as a chamber musician, Ms. Ivakhiv frequently collaborates with Roberto Diaz, Steven Isserlis, Philip Setzer, Gilbert Kalish, Colin Carr, Marcy Rosen, Eugene Drucker and other renowned artists. She has premiered numerous new works for violin, including compositions by David Dzubay, Eli Marshall, David Ludwig, John B. Hedges, Bohdan Kryvopust, Yevhen Stankovych, Bruce Adolphe, and Oleksandr Shchetynsky, among others.
Artistic Director
Ms. Ivakhiv is Artistic Director and frequent performer at MATI, the Music at the Institute Concert Series at the Ukrainian Institute of America in New York City, a position she has held since 2010. She has programmed, presented and performed in over 100 concerts of core repertoire and new music performed by world-class musicians, including programs featuring Ukrainian women composers, young Ukrainians, and newly commissioned works, as well as children’s events, book presentations, and a concert at Carnegie Hall celebrating the 25th anniversary of MATI. In 2020 and 2021, MATI presented performances online, reaching thousands of viewers around the world, including a special outdoor program featuring an orchestra of students and alumni from Yale and University of Connecticut on the steps of the Institute.

Solomiya Ivakhiv is the 2022 recipient of the Merited Artist of Ukraine, the highest honor awarded to artists in her home country. She is also the recipient of international honors and prizes, including the Sergei Prokofiev and Yaroslav Kocian International Competitions, the Fritz Kreisler and Charles Miller Award from the Curtis Institute of Music, Award from the President of the Ukraine, 2019 Curtis Institute of Music Alumni Award and 2016 New Scholar Award from the University of Connecticut School of Fine Arts. 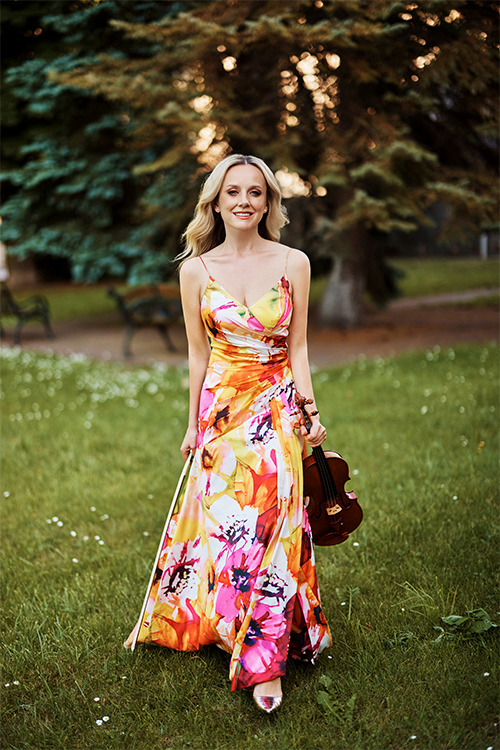 Ms. Ivakhiv graduated with honors from Curtis Institute of Music, where she was concertmaster of both the Curtis Symphony Orchestra and Tanglewood Music Center Orchestra, and studied with Joseph Silverstein, Pamela Frank and the late Rafael Druian. Ms. Ivakhiv received her Master of Music degree from M. Lysenko Music Academy in Lviv, Ukraine, studying with Oresta Kohut, and holds a Doctor of Musical Arts degree from Stony Brook University, where she studied with Pamela Frank and Philip Setzer.